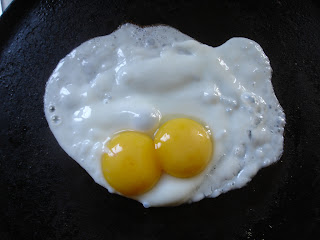 dear readers, today's post may have more sensitive souls cringing into their cornflakes so i would urge anyone who is eating to finish their nosh first before proceeding.

herself has a rather fine van called dan, which young dave and i are happy to be transported in.  as with all mechanical creatures, dan the van develops rattles and squeaks from time to time which need to be attended to before bits fall off and cause problems.  herself has some tame mechanics who are happy to oblige.  they have been with herself through a variety of vehicles, from the rather fancy arthur the audi, via the decidedly less fancy skoda to dan the van.  herself likes them because they do not assume that being a lady means a person has no understanding of big ends.

anyway, dan the van was dropped off for his service and picked up later on, having had a proper once over and a new tyre.

"i had to open the windows to air it," said one of the tame mechanics, "it was a bit high in there.  i would suggest you get yourself some fabreze!"   herself rather sheepishly paid the bill and made her escape.  when i heard of this upon her return home i could only concur.  the back of dan the van can get rather eye-watering, especially for a chap of my advancing years.   the main culprit is undoubtedly young dave, who, as my regular readers know, has an unattractive propensity to roll in dead things, rotting things, and the products of digestion.

herself was suitably chastened by the fact that even a very oily mechanic could not stand the smell in her van and got busy with a bucket of hot soapy water.  her labours were accompanied by a lot of groaning due to her bruised rear, the cause of which was a tumble from the magnificent bonzo.  eventually dan the van was finished.  however, the smell had quite clearly not abated.  herself decided it must be a stray apple core under the seat and resolved to set my boy to work searching for it the next time he was seen in a vertical position.

fast forward to a couple of days ago and a trip to the beach with our good friends the terrors.  she had just got us all out of the back and onto the beach when she realised that she did not have enough bags to collect four sets of little offerings.  back we went to the van.  herself opened the passenger door to collect some bags from the glove pocket in the door.  no sooner had she scooped up a handful of bags than she dropped them on the pavement and leapt back several feet.  her pale and horrified countenance made me look more closely at the bags.   they were moving.  out of the corner of my eye i could see that young dave had also noticed this, and while i was merely exhibiting a scientific interest, young dave was mentally tucking in his bib and getting ready for a nice snack.

fortunately herself also noticed this and bundled us back into the van so she could give the writhing bags her full attention.   the aroma in and around the van had got noticeably worse since the bags had been retrieved and on closer inspection herself ascertained that the cause of the movement was around 500 writhing maggots who had clearly been feasting on the remains of an egg.  how the egg got into the glove pocket is probably going to be lost in the mists of time, although i suspect it came from one of my boy's chickens.

herself peered into the glove pocket in the door, then leapt back in horror.  there were many more writhing maggots in the door.   having pulled her fleece up over her face and donning plastic bags over each hand herself scooped as many maggots as she could out of the door and onto the pavement.  she then tried squirting mosquito repellent into the glove pocket, to no avail.  in desperation she found a bottle of sun tan lotion in the other door and poured its contents into the passenger door glove pocket, thus drowning the remaining maggots.  she then collected up the carnage from the pavement and found a bin.  for someone who watches crime dramas about forensic science so avidly i have to say she was decidedly lily-livered about this whole affair, but i suppose we all have our weaknesses.

for the rest of the day we had to drive round in the van with drowned maggots slopping around in a sea of suntan lotion.  eventually herself procured some kitchen towel and removed the worst of it, although a few drowned maggots still remain to be removed.   a joyous task for today!

the moral of this story, dear readers, is not to spend too much time worrying about whether the chicken or the egg came first...