Joker has asked me to write a guest blog about how his boy's dressing gown tag came to be removed.

At first I was deeply honoured. Then, being the old cynic I am, I realised I really am the only writer who can do it. I am the only witness able to give a first paw account of what happened. This is for two reasons. First, herself's cowardice. Secondly, because Tesco's are not too keen on lurchers, however eminent, lurking with very definite intent around the meat fridges.

Joker's boy has, since Christmas Day, been compelled to wear a dressing gown with a security tag attached. This was not of much concern in Joker's sartorially challenged household except to the wearer, who strongly objected to being tagged. For transatlantic readers, this has connotations of a negative involvement with the criminal justice system. At best, it made herself look like a shoplifter.

My problems began when I hadn't appreciated that the security sensors wail just as loudly when you go into the store with a tagged item as when you leave it. All heads turned to look at me. Including the security guard's. Keen to make his first arrest of the day, he trotted officiously over to apprehend me. He was much disappointed when it became apparent that I was not making off out of the store with a stolen item but was heading the wrong way, brandishing a receipt above my head. Deflated, he accompanied me to the customer service counter. Perhaps hopeful that there might still be something dodgy to detect.

I then had the task of giving a credible explanation to a formidable lady in charge of the tag removal gun as to: (a) why the dressing gown was only now being brought back for de-tagging some weeks after Xmas Day; (b) how the purchaser herself had not been apprehended when the alarm went off as she left the store and (c) why herself had not brought it back. She gave me a pitying look and reached for her gun. I was put out of my misery. The tag was removed.

Apologies to my patron and his kind for those last sentences. They were a bit near the bone.

Her mugship.
Posted by elderly rock chick at 2:57 pm 7 comments: 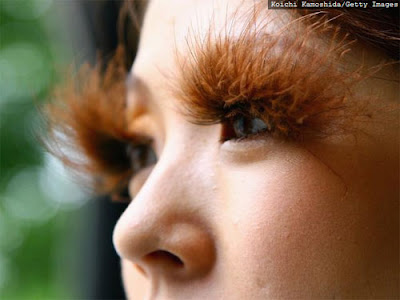 dear readers, as many of you will know, the weather has been wet pretty much everywhere lately. at least we have not had to deal with the awfulness that so many folks around the world have encountered. the main effect of the rain for us has been mud.

the magnificent bonzo is oblivious to mud. he has a large coat that he wears in the winter which has by january acquired a unique and not entirely unpleasant aroma. it keeps out most of the weather and enables him to spend the day in his field with his buddies, munching grass. herself was always under the impression that munching grass was a perfectly happy way for a hoss to spend the day and had no inkling that the magnificent bonzo might like to be inside in his cosy stable rather than out in the rain.

however, yesterday herself received a phone call from a lady whose hoss is bonzo's neighbour, informing her that the magnificent bonzo had come trotting into the yard, along with one of his buddies, having eased his not insubstantial frame through a gap in the fence. this was not welcome news. bonzo has something of a history with fences. luckily he had come to no harm and was shut in his stable to await further instructions. herself arranged that she would assist with fixing the fence. although i suspect she is more of a hindrance than a help with this sort of job, uncle gary is far too polite to say so.

the following morning found herself suitably attired in waterproof trousers and boots, ready for wading around in a muddy field. on the way to the stables she rang her friend kt who has been poorly. during the course of the conversation kt rather unwisely let slip that she was going to be having some eyelash extensions done.

"oh, crikey, are you sure?" shrieked herself, "they can sometimes make people look a bit scary, you know!"

kt admitted that she was having second thoughts about the plan and that she was not entirely sure why she had thought it was a good idea in the first place. it seems that mr kt is not overly fond of false eyelashes and said that when kt wore them she bore more than a passing resemblance to a drag artist.

"maybe that's why you want to have them," said herself, ever the cod psychologist, "its probably subconscious passive aggression!" she went on to explain that when she wanted to annoy himself she sprinkled sugar on the kitchen worktops, which worked out much cheaper and had the added advantage of being less permanent.

kt said that mr kt was in fact currently in her good books so she did not think it was passive aggression but that she was going to cancel the eyelashes anyway and have a nice rest instead. herself by now had got to the stables and had to get off the phone in order to help with the fence.

some while later she emerged from the field looking rather muddy and dishevelled. while a mud mask might well be good for the skin in certain people, in others it merely adds an air of the swamp. herself falls into the latter category. there is something decidedly ironic about advice on false eyelashes being dispensed by someone who resembles the creature from the black lagoon...
Posted by elderly rock chick at 12:56 pm 3 comments: