when is a door not a door? 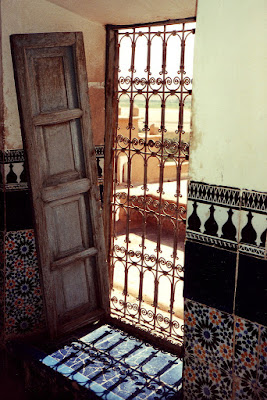 dear readers, i am not going to bother apologising for my absence.  reading over old posts i see nothing but grovelling apologies for not having managed to get herself to sit at the keyboard for me.  by now all my faithful readers will either have abandoned ship or concluded that i am a dog of very little influence.

what has persuaded herself out of her cave is the saga of the door.  the peep's friend shorn is currently without wheels (for those readers of a literal bent, this does not mean that shorn usually has wheels attached to him.  it means he has no car.  just so that's clear.)   he is managing fine without wheels on the whole but occasionally has large things which need to be transported.  luckily herself has a van.

the large thing in question on this occasion was a door.   shorn is a songsmith by trade but in order to keep a roof over his head to keep his guitar dry he does things with wood and pipes in people's houses in return for which they pay him.   the job he had to buy the door for was a bathroom in a rather nice part of town.  herself had arranged to collect him at 2.30 to take him to the door shop, after which they would travel to the house where the door was to be fitted and then back to shorn's house.  herself had made it clear that she would have to leave from there at 4.15 in order to fetch my boy from college at 5.

things did not start well.  herself was sitting at the computer looking at lurchers in need of homes (something that always makes me a little nervy) when her phone rang.   it was shorn.

"have you left yet?" he asked.  herself admitted that she had not.  someone with even the most rudimentary knowledge of mathematics would have deduced that she was unlikely to be on time, given that she has no helicopter.  for once fortune was on her side.  shorn explained that he was going to be late as his daughter's christmas play had overrun.  his daughter was playing a playing card which required wearing a wonderful costume made by shorn and mrs shorn and therefore leaving early was not an option.

"no worries," said herself, turning to a web page with irish wolfhounds on it (a sight which had me covering my eyes with my paws), "there's plenty of time."  this assumption showed a spectacular lack of memory as to how things tend to pan out around here.  'plenty of time' tends not to be how it works.

herself arrived at shorn's house just as he and the shornlets arrived home.  mrs shorn had just popped to the shop to get a few things.  after a cuppa, shorn rang mrs shorn to see how long she would be.  the shornlets are too small to leave unattended.  mrs shorn said that she was in iceland.  this seems to me to be a long way to go just to get a few bits of shopping but i am only a lurcher so i may have missed something.  the shornlets were duly deposited with a friendly neighbour and the door-buying commenced.

the door shop had only one door of the required size.  luckily one was enough. a philosophical discussion followed as to whether this was the last door or the first one which occupied herself and shorn until they got to the till.

"this is really embarrassing," said shorn, "i've forgotten my wallet!"  herself pointed out that this was a more usual ploy in a restaurant but luckily she had her handbag so was able to pay for the door.   the door was inserted into the van.  while the van is commodious, it was slightly too short for the tailgate to shut, so a piece of rope was employed to keep the tailgate down.  previous journeys with the tailgate tied down have taught herself that the only way to avoid being asphyxiated is to have the windows open.  in summer this is lovely.  in december it is less lovely.  in fact it is freezing.   luckily young dave and i were at home in the warm, having been left behind to make room for the door.

eventually herself and shorn made it to the part of town where the door was to be delivered.  the road was located fairly quickly.  however, it was a very long road and the houses all looked very large and very similar.  shorn telephoned the customer but she did not answer her phone so they drove up and down looking at the houses.   shorn knocked on a few doors to try and see if they were the door people.  he came back to the van, where herself was shivering.

"no luck so far, but i've found a nice man who i could perhaps leave the door with until i come to do the work.  by then i should have got the door number."  herself suggested that it would make more sense to take the door back to shorn's house.  he was not keen on this plan.

"i won't be able to get it back here tomorrow unless i carry it - in this wind i'd take off!"  with which he went off to try more houses.  herself drove slowly down the road, keeping pace with shorn, and wondering what they must look like to local residents, with a door protruding from the back of the van and a decidedly dishevelled look.  just as herself was about to put her foot down shorn came across the lady whose house he was looking for.   the door was duly delivered.

all that remained now was for shorn to be deposited back at his house and herself to hotfoot it over to my boy's college.  even this did not go smoothly.  herself could not find the hinges nor the receipt.  what she did find was a lego pirate which she gave to shorn.

"this was from my desk at work," she explained.  "i thought you would like it!"

the lego pirate was missing his hat and had a gap where his brain would be.  i am not sure whether this was the case when he had started working with herself or whether his lack of grey matter was symptomatic of herself's condition.  either way shorn seemed rather puzzled by this gift.

"don't worry," called herself as she got into the van, "all will become clear in due course."