joker the lurcher? never heard of him! 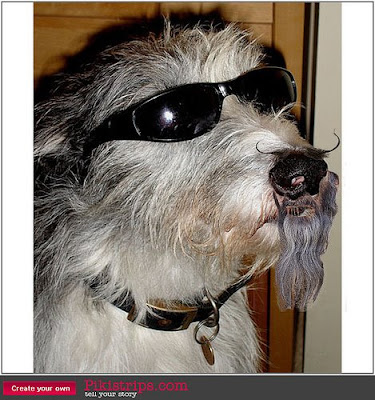 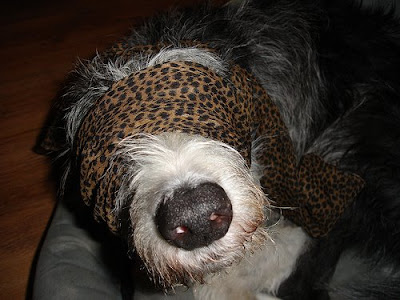 readers, you may wonder why i am in disguise. well it seems that the anonymity of the blog world is about to be removed. a newspaper has decided that, while it is perfectly acceptable to keep the identity of people who give its reporters information private, it is somehow in the public interest to expose the identity of those of us bloggers who tell the world about things.

i suppose it all comes down to cutting out the middleman. if people can just log onto a blog and read about how it is, why would they bother buying a newspaper? so the newspaper is out to close down blogs so it can keep its share of the market in telling people about things. at least that is my take on it. but then what would i know? i am only a humble lurcher after all.

more than my job's worth

well, dear readers, it seems herself is not destined for greater things on the job front. yesterday was the big day of her interview for a full time job. the day started well with a foot pampering with a nice lady, who gave herself a complimentary foot file. herself said it would be nice to have a file which gave her compliments. most of her files give her a headache.

herself then had to print off her presentation for the interview. she has been trying to buy printer cartridges for the past 2 weeks but everywhere under the sun seems to have sold out. the lack of ink may explain why the printer was so cheap in the first place. herself only bought this one because it was cheaper than buying new cartridges for the old one. how mad is that? so she had to go next door to print out the stuff there. luckily the next doors are more organised on the printer front and after a tussle with leads and memory chips it was done.

just as herself was reading over the presentation her glasses snapped. these are the pair of reading glasses that she bought to replace the pairs that young dave ate. so she was reduced to the previous chewed pair, which do not stay on her nose without holding them.

himself ironed her shirt for her and then she was off. the weather is really hot here and she was melting almost immediately. by the time they called her in for the interview she was glowing. but worse was to come. the interview was in a room which was hot enough to melt bread. the glasses had no hope of staying on her face, even with help. herself gamely made a start on her presentation. it was about teams. the first slide had a picture of ants on it, carrying a piece of bread. this was to illustrate how teams have to pull together.

"ants - they are the bane of my life!" said one of the panel members. herself was grateful that she had not included any pictures of snakes. "don't worry," she said, "these ants are in portugal!" given the ants were photographed a couple of years ago they are unlikely to still be alive but who am i to quibble.

the next slides caused a certain amount of puzzlement. there was a picture of a lemon among tomatoes and then of a pile of eggs. then a mouse eating peanuts out of a bird feeder. this was to illustrate challenges. it was not immediately obvious why this was the case so herself explained that the birdfeeder was 6 feet off the ground and the little mouse had gone up and down the pole about 30 times fetching a peanut each time. as herself had only 10 minutes to do the presentation she had to speed up a bit after this diversion. she galloped to the home straight and rounded off with what should have been a neat little ending, summarising what she hopes are her best qualities as a leader.

then it was on to the questions from the panel. at this point things started to unravel. herself was flustered and hot and bothered and found quite a lot of the questions unintelligible. those she understood she answered in a way that had the panel frowning. one question she had to ask the bloke to repeat twice. it quickly became apparent that this was not the job for her and she was most certainly not the person for them. but the panel soldiered on with ever more complicated and opaque questions. herself began to wish the fire alarm would go off and put them all out of their misery.

eventually the questions were over. but then there was all the stuff about terms and conditions. there was no way that they needed to tell her this, given they would have to have had their fingers in their ears to have gained a positive impression. herself finally escaped and wended her way home, feeling rather flat.

it was not until she was sitting in the garden with young dave and i that it dawned on her what a lucky escape she had had. working full time would put an end to all the lovely mooching about time that we all enjoy so much. so herself has asked her boss if there are any more hours that could be tacked onto her current job. i hope there are. the old bird is quite good company really.
Posted by joker the lurcher at 7:53 pm 12 comments: